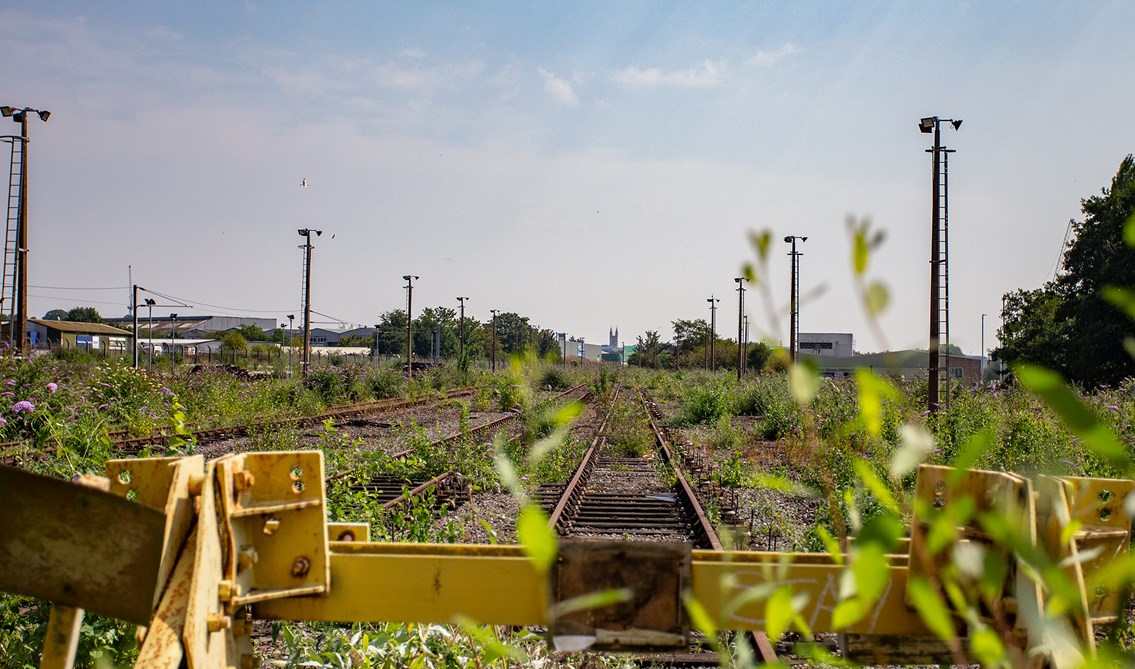 The old Chart Leacon depot in Ashford closed in 2014 and has lain empty since then. Now Network Rail contractors Balfour Beatty are taking it down in order to make room for five new railway sidings, where trains can be stored and undergo light maintenance.

This will also allow for the direct creation of 50 new jobs in the town alongside numerous other indirect jobs associated with activities on the site.

Network Rail Southern Region’s investment director Paul Harwood said: “Although it may seem strange to be talking about improving the capacity of the railway during COVID, we know the passenger numbers will grow again and this is a great opportunity for us to build for the future.

“Before COVID we were running more trains than ever before and one of the aspects we are really short of in Kent and South East London is places to keep them and look after them when they’re not running. By purchasing the whole site at Chart Leacon, as well as building five new sidings, we’re not only helping run a more reliable railway for today, but safeguarding the site for future railway use.”

Along with the sidings to store trains, Network Rail is also building offices and other facilities for staff.

Former employees at the site, which opened in 1961 when electric trains began running to Ashford, were given exclusive tours of the depot before the work got started.

Marion King, a former project account at the site, said: “I came as a data inputter for two weeks and stayed for 18 years. You felt part of a family here.

“When I saw a letter saying they were going to demolish this I put a note on the Facebook page for former staff here and asked if anyone could help us look round, and here we are. Thank you to Balfours and Network Rail for letting us do this!

“I’m sad it’s being demolished but I’m pleased it’s still going to be in the railway.”

Among the other visitors on Tuesday was 95-year-old Jim Skinner, who started on the site in 1961 in the very first intake of staff. He got to sit in his old office for one last time