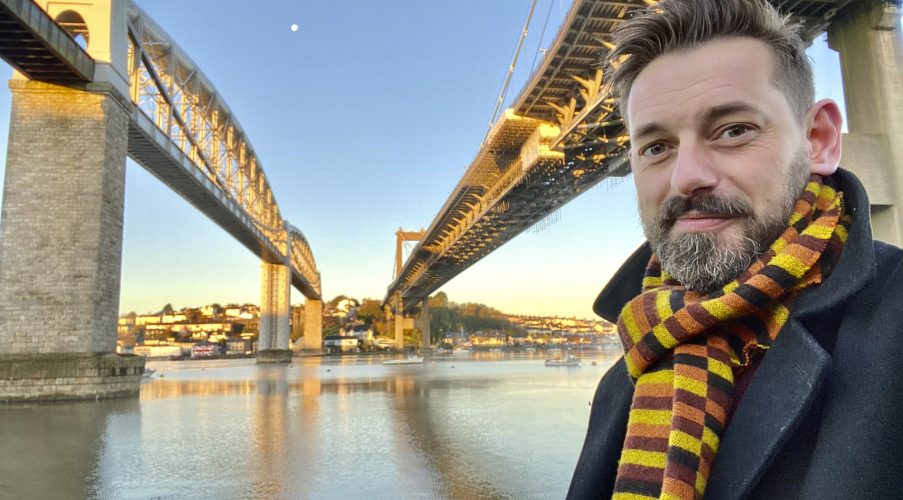 Historian and presenter Tim Dunn visits the world-famous bridge, which crosses the River Tamar between Plymouth and Saltash, Cornwall, in the second episode of the new series, which explores the incredible designs around the railway in the UK and Europe.

Watch the new series from 8pm on Tuesday 19 January on Yesterday.

The Royal Albert Bridge linked Cornwall with the rest of England in 1859 but Tim says the best view is from the water.

Tim says in episode two: “From here you can see the bridge as it curves round on the Tamar Valley, just how it takes it in. The slender masonry piers and actually, quite a delicate construction of these two main spans.

“I mean, really, which is the way to come upon the bridge. Not from a railway, you can’t appreciate the bridge and its sheer genius unless you come and see it from this angle.”

We gave the bridge a new lease of life in 2009 after it had spent 150 years carrying almost a billion tonnes of rail traffic.

We refurbished the bridge’s two main spans and, three years earlier, had unveiled Brunel’s name on the bridge to celebrate the bicentenary of Brunel’s birth. Until then, his name – had remained hidden for decades.

Ian Frostick, a route civil engineer at Network Rail, said at the time: “The 150 years anniversary is a testament to Brunel’s achievements and to the industry’s commitment to this vital rail link.

“It is a complex job that requires careful consideration, particularly on safety, operations and heritage issues…”

An original drawing of the bridge in Network Rail’s archiveThe bridge was covered in 30 coats of paint; research found the original colour could have been brown.It was first repainted grey in 1911. Its original colour was never recorded, leaving a gap in the history books.The Royal Albert Bridge was completed in 1859 and serves as a vital rail link to and from Cornwall.The bridge had to be supported 80 feet above water level, with a giant cylinder floated out and sunk onto the rock. The bridge’s two 455-foot main spans were built on the shore, floated into position, then jacked up by a few feet per day until they reached the right level.

Gallery: Original drawings of the Royal Albert Bridge and the bridge today.

People and the railway: the Railway Heritage Trust

Film: the magic of the Glenfinnan Viaduct

People and the railway: reconnecting Scotland

What happens to signal boxes when they retire? 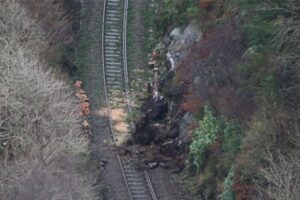